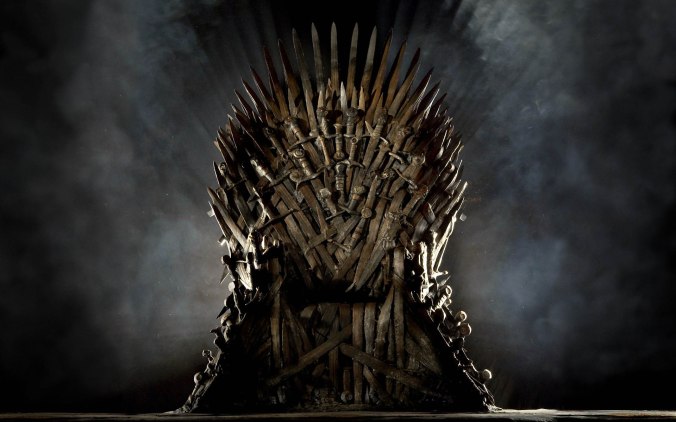 I feel like I don’t even need to put a spoiler tag on that particular revelation, because the news about this plot twist was hard to escape from back in 2016.

Even though I just started watching Game of Thrones for the first time this year, I was still aware of the feverish speculation amongst fans after season 5 ended. Was Jon Snow really dead? Had Game of Thrones killed off yet another major character, or would there be a happy ending to this cliffhanger?

I would have been really sad if Jon was actually gone, after I’ve already had to bid farewell to a number of my favorite characters on this show, and so thankfully I didn’t have to wait that long to see Jon Snow resurrected.

After the fall of Stannis Baratheon, Melisandre anoints Jon as the new “prince that was promised,” and he begins his quest to take back the Starks’ home of Winterfell from Ramsay Bolton.

Even though I already know quite a few spoilers regarding the final season of Game of Thrones and where Jon Snow is headed, I feel like I can’t really comment on his character arc until I see for myself how it’s executed. It’s interesting to ponder what my thoughts on season 6 would have been if I’d watched it in a vacuum, without already knowing how it would all end.

At this point in the series, I think I would have maybe started rooting for Jon to take the Iron Throne? He definitely has a “Chosen One” feel, and in some ways he reminds me of one of my favorite Star Wars characters, Rey.

Both Rey and Jon come from somewhat painful pasts and deal with feelings of loneliness: i.e., Rey’s parents abandoned her, and Jon is judged for being a bastard. Neither one is hungry for power or wishes to dominate others, and yet the events surrounding them position them to be power players in a large-scale conflict that will determine the fate of their galaxy or homeland.

When I get to the final season of Game of Thrones, will I be disappointed in Jon’s ending? Again, I want to wait to find out how it’s portrayed within the story, because at least right now, I’m also happy with Bran and Sansa coming out as the victors in the game of thrones (hey, it’s still a win for #TeamStark!). 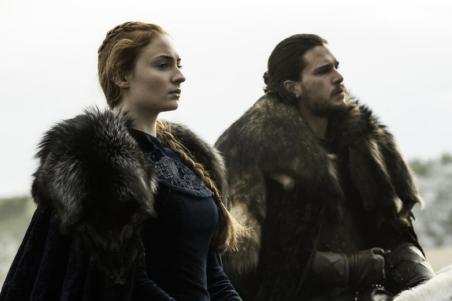 The cost of being a hero

One of the continuing themes with the Stark family is that they try to do what’s right and noble, and yet they aren’t always rewarded in the end. Honestly, Ned Stark is probably the best character to sit on the Iron Throne, yet his moral strength and honor are not enough to save him. Robb would have made another good candidate, yet he too is betrayed. Jon Snow, who I will always count as a member of House Stark, is murdered by his own brothers in the Night’s Watch.

I commented on this in one of my previous Game of Thrones blogs, but I think it’s really important to see characters in fiction who aren’t always rewarded for doing the right thing. I’ll explain what I mean by that. We should do the right thing because it’s the right thing to do, not just to get a reward or to make ourselves look good.

History is full of many people who gave their lives fighting for a noble cause; though they didn’t get to see good triumph over evil before they died, they trusted that their actions still mattered in the course of history. Not everyone who opposed the Nazi regime during WWII lived to see the end of the conflict, but their sacrifices were not in vain. We have to oppose evil and injustice, even if it costs us.

Despite Game of Thrones’ sometimes more pessimistic outlook on the world, even in Westeros good does win out in the end. Case in point: in season 6, karma finally catches up to two of my most hated characters in this show.

Some of the villainous characters in Game of Thrones have little flashes of humanity that make you feel sorry for them. Ramsay Bolton is not one of those characters. He is cruel and nasty, with absolutely no redeeming qualities. And, in the end, his arrogant overconfidence is his downfall.

Despite the odds against him, Jon wins back Winterfell, and Ramsay finally has to face justice from one of the people he hurt the most: Sansa Stark. I couldn’t actually watch the scene where Sansa turns Ramsay’s dogs on him, because of the violence, but it’s definitely the ending Ramsay deserves after using the dogs to hurt others. He might have actually been an even worse person than Joffrey, which is really saying something.

Justice also comes calling for Walder Frey, and Arya puts her shape-shifting skills to good use. I feel like I’ve finally gotten closure now for the red wedding. #TheNorthAlwaysRemembers 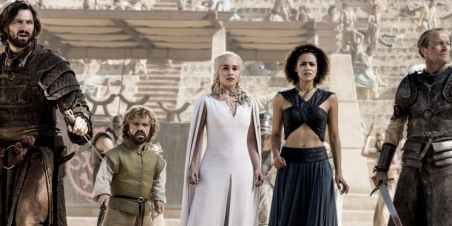 I’ve spent a lot of time in these Game of Thrones reaction blogs writing about all the major power players, but there are some side characters who get really meaningful arcs that I’d like to chat about.

I really did not like Theon Greyjoy at first, and I never would have guessed he’d get one of the series’ most meaningful redemption arcs. But I did feel genuine compassion for him after Ramsay Bolton utterly breaks him; it was awful to see how Ramsay hurt him physically and also twisted his mind, making Theon feel like he was a worthless servant trapped in a cycle of fear and hopelessness.

However, seeing Sansa’s suffering is enough to finally empower Theon to take action, and I love how they escape from Winterfell together. The “Theon Greyjoy” who then returns to the Iron Islands is a much humbler, wiser man, and it was great to see how he lent his support to his sister’s bid to become ruler of the Iron Islands. I’m grateful he got a second chance, and he’s actually become one of my favorite characters now.

Another character I’ve really enjoyed is Jorah Mormont. He’s fascinating in that even after Daenerys exiles him, he still keeps coming back and trying to protect her and serve her. He loves her, but he expects nothing from her in return.

In Game of Thrones, we see a lot of selfish characters who are trying to grasp at power and seek how they can satisfy their own desires, regardless of what collateral damage they cause. Jorah’s one of the genuine people who’s actually committed to a cause he believes in. I actually haven’t heard any spoilers about Jorah’s fate at the end of the series, so I’m really curious to see how he’s used in the final two seasons. 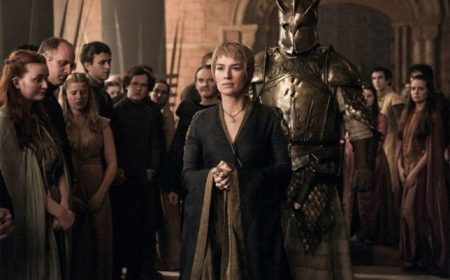 By now I’ve completely fallen in love with this show, and I’m going to be really sad when I finally finish it and won’t know what to do with my free time anymore. The show just keeps upping the stakes, and I can’t wait to find out how it all plays out.

I haven’t even mentioned yet the shocking ending of season 6, and how Cersei literally blows up a building to get rid of all her rivals. Even though she started the game of thrones at a disadvantage, she’s now fought her way to the very top.

I believe blowing up the Great Sept was her “Anakin Skywalker turns into Darth Vader moment,” and she’s fully crossed over to the dark side now. I already know she won’t win the game of thrones, but she’s not going to make taking back the Iron Throne easy for her enemies.