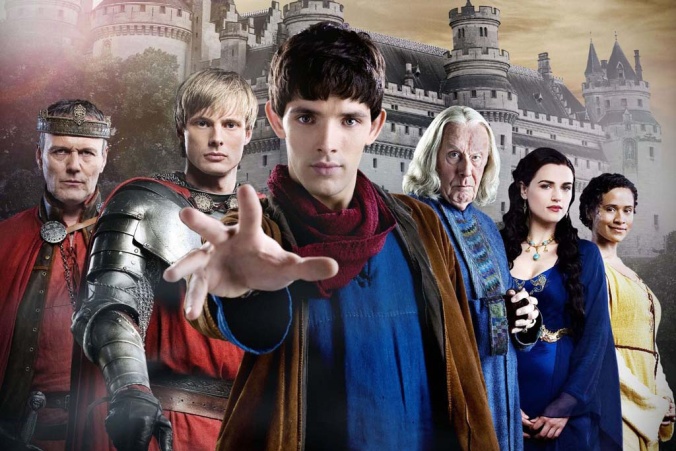 The legend of King Arthur and his Knights of the Round Table seems like the perfect material for a film adaptation. It’s got knights, castles, magic, epic characters, and shocking plot twists. We all know the stories of Lancelot and Guinevere, the Sword in the Stone, and the Lady of the Lake. Yet for whatever reason, recent film adaptations of the King Arthur tales haven’t always been a hit with critics and audiences. The supposedly more “historically accurate” 2004 King Arthur film starring Clive Owen scored a 31 percent on Rotten Tomatoes, and Guy Ritchie’s “Legend of the Sword,” out on DVD this coming week, didn’t fare much better, flopping at the box office.

Why Hollywood struggles to effectively translate this story to the big screen is probably a topic for another time. However, if you’re willing to trade big-budget special effects and head over to the small screen, I’d highly recommend checking out the BBC series “Merlin” (2008-2012). It’s one of my favorite TV shows, and although it takes some liberties with the traditional tales, I believe it manages to stay faithful to the heart of the legend.

“Merlin” veers away from a more traditional retelling in several key areas. The series features Arthur (Bradley James) and Merlin (Colin Morgan) as teenagers, before Arthur has become king of Camelot and before Merlin has become a powerful wizard. Arthur’s father Uther Pendragon (Anthony Head) is opposed to the use of magic and has outlawed its practice in Camelot, creating a risky environment for Merlin as he develops his powers. Merlin has to find ways to secretly help Arthur using magic, and their destinies become increasingly intertwined.

The special effects in the show are passable and about what you’d expect on a TV budget. Yet what really stands out are the characters. I love how the characters grow throughout the series, as Merlin transitions from a lovably awkward teenager to an accomplished practitioner of magic. Although Arthur is actually a bit of a spoiled jerk at the beginning of the series, his friendship with Merlin and his relationship with Guinevere (Angel Coulby) slowly change him into a better, more compassionate person. By the end of the series, he becomes the truly great king we know from the original legend. 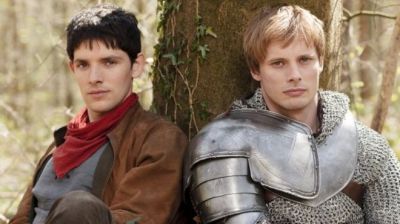 Another tweak to the traditional story that I appreciated was the portrayal of Guinevere. In this version, Guinevere is actually a servant in the castle. She helps Arthur learn humility and appreciate that every person is valuable in the kingdom. I’ve never really been a huge fan of the whole Lancelot/Guinevere subplot, but “Merlin” finds a really creative (and heartbreaking) way to handle this famous plot twist. Santiago Cabrera’s Lancelot is noble and melancholy, a man who tries to do the right thing but finds circumstances never align in his favor.

The series does a good job developing its characters over time, including the villains. Without giving away any spoilers, the series’ main antagonist starts out as a “good” character who makes a slow descent to the dark side. In some ways, Uther is also a villain, executing those who use magic yet at one point allowing the use of magic to save someone close to him. The characters’ actions have real and sometimes tragic consequences that follow them throughout the show, and Merlin in particular has to make some morally complex decisions. He decides to save one character from death, even though he knows this person could be capable of great evil in the future. Then another time he accidentally kills a major character while trying to heal them.

The show does get off to a bit of a slow start (I think the first season is my least favorite). So if you’re not in love right away, definitely stick with it. There are a few moments early on that are a bit silly (it’s probably best if we don’t talk about the two-parter where Uther is enchanted and falls in love with a troll). The second and third seasons are my favorite, finding a balance between fun banter, a spirit of adventure, and the weight of the original legend. The series gets progressively darker as it goes, and the ending is tragic, though not without hope.

If you love the King Arthur stories and are looking for a series that tells these stories in a new yet authentic way, I’d recommend giving the BBC’s “Merlin” a try!

9 thoughts on “Looking for a good King Arthur adaptation? Try the BBC’s ‘Merlin’”